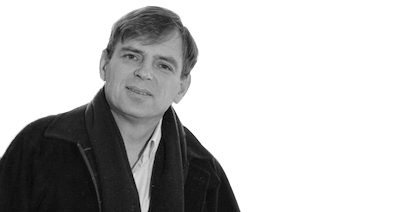 In the summer of 1972, Alain Colmerauer and his team in Marseille developed and implemented the first version of the logic programming language Prolog. Together with both earlier and later collaborations with Robert Kowalski and his colleagues in Edinburgh, this work laid the practical and theoretical foundations for the Prolog and logic programming of today. Prolog and its related technologies soon became key tools of symbolic programming and Artificial Intelligence.

The Year of Prolog celebrates the 50th anniversary of these events and highlights the continuing significance of Prolog and Logic Programming both for symbolic, explainable AI, and for computing more generally. It also aims to inspire a new generation of students, by introducing them to a more human-friendly, logic-based approach to computing.

The celebration culminates with the award of the inaugural edition of the ALP Alain Colmerauer Prolog Heritage Prize (in short: the Alain Colmerauer Prize) for recent practical accomplishments that highlight the benefits of Prolog-inspired computing for the future.

The Alain Colmerauer Prize and the Year of Prolog are organized by the Association for Logic Programming (ALP) and the Prolog Heritage Association (PHA).

Any individual or group of individuals can nominate themselves or their institution(s)/organization(s) for the Prize. Nominations should describe work that meets the purpose of the Prize. Submissions that address the well-being of society or of the earth are especially welcome.

Nominations should explain the contribution and argue for its present and future significance. They should also include a concise, proposed citation. The submissions must not exceed three pages plus references and may optionally be accompanied by up to two letters of support no longer than 500 words each. Submissions should be made by the candidates themselves, in pdf.

The Prize is given for depth, novelty, and proven or potential impact. The winner is selected by the Jury from the submitted nominations in consultation with the Year of Prolog Scientific Committee (see below). Furthermore, a shortlist of up to five finalists may also be selected in the process. The Jury will provide a detailed citation that explains the basis of the awarding of the Prize.

The winner receives a certificate, a plaque, and a cash Prize of 2,000 Euros. If there are multiple winners, this amount is shared. Finalists also receive certificates.

Deadline for submissions
September 2, 2022.
Notification of the shortlisted candidates
September 30, 2022.

Award and presentation of the 2022 Prize

The winner of the first edition of the Prize has been announced at the Prolog Day Symposium, on November 10, 2022: The following other nominations were selected as finalists: The expenses of the shortlisted nominees are covered up to 1,000 Euros, supported by the Artificial Intelligence Journal.

Continuation of the Prize

The Prize is being continued from 2023 on as an annual Prize which will be awarded at the annual International Conference on Logic Programming.

Abridged ASCII version of the 2022 announcement.

The Year of Prolog and its activities, including the Alain Colmerauer Prize, are sponsored by the Association for Logic Programming, the Prolog Heritage Association, the AI Journal, Institut Carnot Cognition, and Institut Fredrik Bull, among others.

Search in our archives

The Year of Prolog